Pizza for Everyone! – Detroit Pistons owner to sell team to Mike Ilitch

The owner of the Detroit Pistons and Auburn Hills-based Palace Sports & Entertainment Inc. has chosen to open negotiations to sell the basketball team and venue management company to Detroit pizza and sports industrialist Mike Ilitch, Crain’s has learned.

It’s believed that a deal will be worked out in the next 30 days.

Any sale of the Pistons will require a vote by the National Basketball Association’s other team owners.

It’s unknown how much Ilitch might pay for the team and PS&E, and a final purchase price is likely still not set. Crain’s reported in September that bids were submitted around Labor Day. This Via Crains Detroit 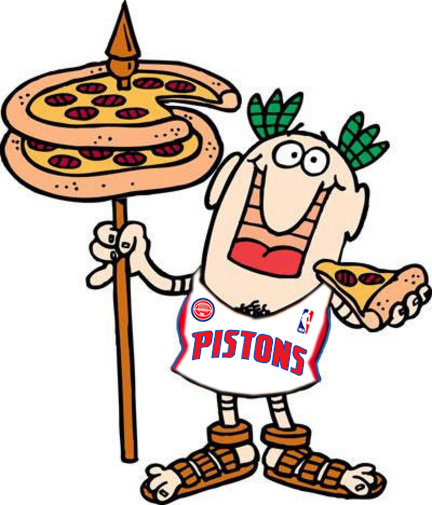 I honestly was very skeptical when the news was that Ilitch was trying to buy the team. I know of bad blood between the the Red Wings and the Pistons in years past, so it was hard to believe that anyone in the Davidson family to hand the team over to Mike.

What makes me, and most Pistons fans happy is that Karen Davidson is putting the bast behind her and selling the team to a man who will do right by them and keep them in Motown where they belong. I’m not sure what Mr. D would think, but if history repeats itself when it comes to Mike Ilitch, he will represent this team with the utmost pride and respect.