Rasheed Wallace made an appearance at the Pistons Open Practice on Saturday afternoon to the delight of many fans.   He also hung out at the Pistons practice facility Friday, while his old team hit the floor.

With the news of Sheed back in the D for whatever reason, it has to make you think.

Watching Sheed play in a Pistons uniform for close to 6 seasons Detroit fans know his affinity to want to teach “the young fellas”.  In fact, I’m pretty sure at least 70% of Piston die-hards have made the comment “Sheed would make a great coach” at one time or another.

Just think about it, how great would it be for Greg Monroe to learn from WallaceX2?

Sheed just brings that something special to a team, just think of the emotion he would add to the bench. And a little personal flair.

I’m sure players would respect the man when he speaks…wouldn’t you?

He has his Sheedisms and pregame rituals like just about any other player or coach in professional sports.

[flashvideo file=https://need4sheed.com/videos/flash_videos/superstitious.flv /]
Video Courtesy of the NBA and The Detroit Pistons

The deep concentration of the game plan before tip-off would benefit a team that needs focus. 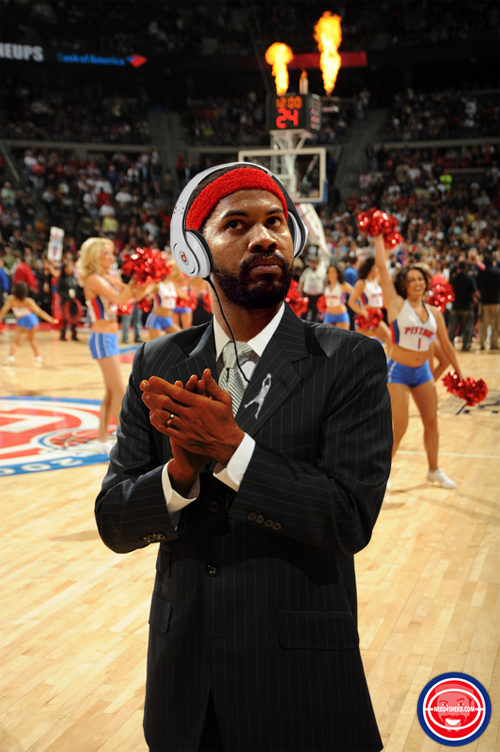 He brings with him his basketball knowledge and his mutual respect and admiration for NBA referees.

Look, the man knows the game.  He knows this team.  He knows the city.  Why wouldn’t he want to sit on the sidelines for the Pistons and share his knowledge?

Aside from Sheed having his own Sheed Reality show (Sheedality), this would make for some great entertainment.   Come on… hire him as an assistant Joe, we still have a Need4Sheed…plus it means I can keep the site’s name without questions.