Is it wrong that this feels so right?

It was quite a season for Pistons fans. With the uncertainty of all that is Detroit Basketball hanging in what may or may not happen this summer, it’s the little things that have a way of making us smile.

I can say with the utmost certainty that I am not, nor will I ever be a Boston Celtics fan, but I would like to thank them for the utter joy they have sent my way.

It’s also nice that we saw the “good Sheed” last night do his part against those awful bunch from Ohio. Sheed scored 13 with 3 boards, 2 steals and a blocked shot in 23 minutes off the bench for Boston. 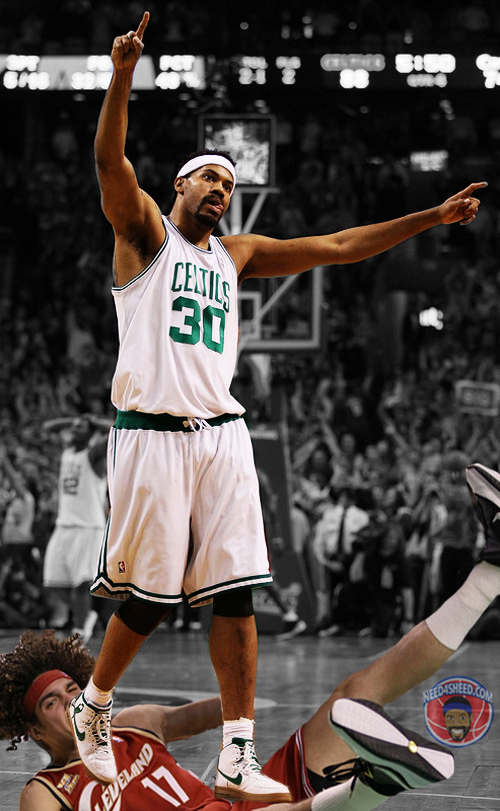 I’m not a fan of a thing that is associated with the city of Cleveland. The Cavaliers and their fans just rub me the wrong way. Now I don’t like the Celtics or the Lakers or the Bulls for that matter, but there is just something about the attitudes given off from almost every Cavalier fan that I have ever come across that just makes me angry.

It could be the fact, in 2006 I traveled to CLE for the Pistons playoff series and I was spit on and a beer thrown on me for wearing a Pistons jersey. Or during that same game when I watched four, forty something men heckle and pick on a 70 year old Pistons fan while she was trying to watch the game with her 10 year old grandson.  And when “they” make the trip to the Palace every year to see the only thing they have had going for them, while wearing their #23 jerseys, only bad things come of it. 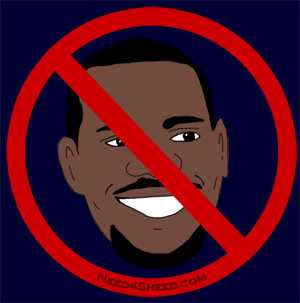 Look, I dislike LeBron….a lot, though I can admit that he is one of best ballers I have ever seen play the game. I would love to punch Varejoke where it counts, I hate the fact that Gilbert and his crew tried to rip off anything they could from the Pistons just because he wanted to buy them but was shot down. There is just so much that makes me cringe when it comes to the Cavs, but today when I think of them it’s all smiles.

Is it wrong to be happy about other people’s misery?  Yes it is, but if we are talking Cavs fans…it’s fair game.  As Pistons fans we have seen our fair share of trolls here and now it’s time to say…..Suck it! We know we aren’t a good team, but good luck all summer sitting on your hands waiting for “The Chosen One” to decide your fate. Hey Cleveland…you deserve it!