SWEDEtastic – Jonas Jerebko named to the All Rookie 2nd Team 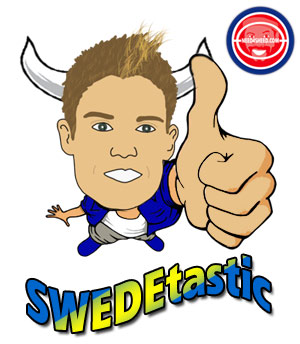 Though we in the D think he should have made the 1st.

“Tyreke Evans, Stephen Curry and Brandon Jennings – the three Rookie of the Year front-runners, the award Evans won on Thursday – were joined on the first team by Taj Gibson and Darren Collison. Jerebko was named to the second team along with two lottery picks, James Harden and Jonny Flynn, and two other second-rounders, DeJaun Blair and Marcus Thornton.

Jerebko finished the season with averages of 9.3 points and 6.0 rebounds in nearly 28 minutes a game, shooting .481. He started 73 games, the most by a Pistons rookie since Kelly Tripucka started all 82 in 1981-82. Jerebko finished third among rookies in rebounding, behind Chicago’s Gibson and San Antonio’s Blair, fifth in minutes, eighth in steals and 10th in scoring.”