As it happens almost every season when the Pistons fall short, I reminisce to myself and to you about once was.  Today I bring you the joy and drama of the 2005 Pistons playoff run.

Remember the Miami series, when all we heard was that the only reason the Pistons won was because Wade was hurt?  Remember when the Pistons had to play through the drama of Larry Brown looking for another job in the middle of the Eastern Conference Finals. Remember when Sheed didn’t like the referee’s and made sure he let the entire country know and then gave us a GuaranSheed. 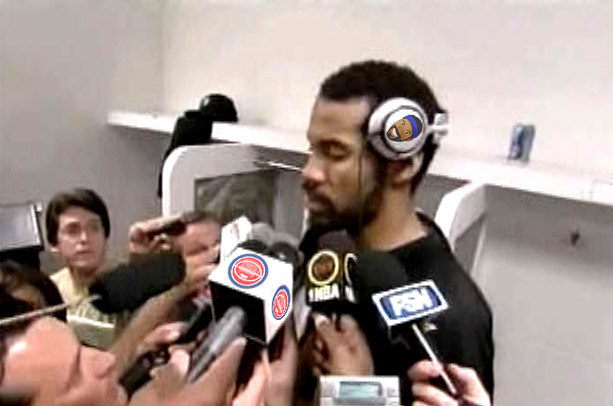 Take a trip down memory lane and revel in the joy of one Antonio McDyess, who looks like the happiest man on the planet…at least for that particular moment.

Video Courtesy of The Detroit Pistons