The Humble Beginnings of Ben Wallace 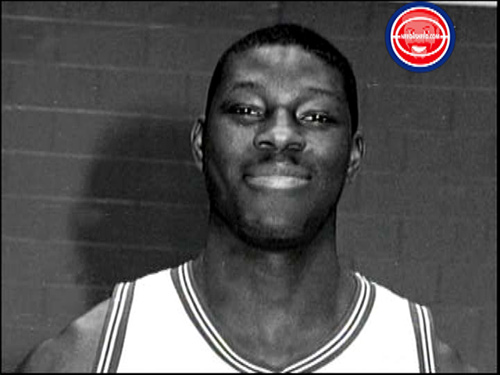 Ben Wallace, the kid from rural Alabama,  went from being  roadside barber to make money, to counting his NBA defensive player of the year awards and polishing his Championship ring.

Before Wallace returned to Detroit, plenty of Pistons fans had the debate on whether his Jersey would be up in the Palace rafters one day.   I was always hoping that one day it would, but thought it would be a long time coming.  He did leave to play for the enemy and the organization was quick to hand his number over to Rodney Stuckey and transform the new number three into the face of the franchise.

Now that he’s returned….to glory, for less than a price of a Bean Burrito, I have no doubt that one day the #3 will be hanging in the rafters at the Palace.

Here is a little video special on the man before the Fro, well and a little after, just check out the teal and maroon.

[flashvideo file=https://need4sheed.com/videos/flash_videos/infocus_wallace_1.flv /]
Video Courtesy of The Detroit Pistons and FSD