Stuckeys’ Back – The Pistons Aren’t

When you have a DVR it give you the luxury of starting the game when you can rather than when it starts.  I couldn’t catch the start of the game so my plan was to watch the game in its entirety right when I got home.  I usually can’t keep myself in the dark score wise (I just need to know), so when I opened up my Pistons Blackberry app and saw that the game was 6-21 in favor of the Pacers and it was mid first quarter I wasn’t exactly rushing home to see it.  To my surprise after digging themselves a substantial hole and trailing the game by double digits for most of the game, Detroit climbed back in the game taking a 95-94 lead thanks to a huge three from DaJuan Summers with 2:51 remaining. 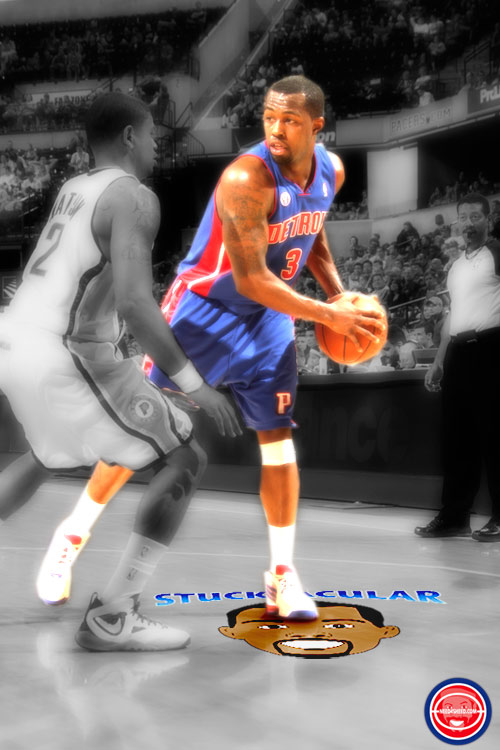 I feel all right,” Stuckey said of his 26 minutes. “The plan wasn’t to play all those minutes, but it was just in the heat of the game. I feel fine, and my wind felt fine. Via The Detroit Free Press

Video Courtesy of The Detroit Pistons and the NBA