The Past and The Future

It seems like just yesterday that Pistons fans were celebrating a Championship.  It doesn’t seem that long ago that Detroit had a starting five that were familiar, solid, loved and envied league wide.  It really was just a short time ago that we continually got ready for a long playoff ride filled with joy and anguish.

There are highs and lows with every team, in every league, but as Pistons fans we have come to expect excellence and comfort.

Comfort in a style of gritty play, comfort with the one of our own running things,  and comfort in an owner that we knew loved his team above all else.

Last night I sat in wonderment at the Palace of Auburn Hills as my team took on the Boston Celtics.  This would normally be a huge game, even without the fact the Rasheed Wallace was returning to Detroit, in green for the first time.  Instead the place was littered with empty seats and quite a few that were occupied, were donned in green.

I watched my ailing team, in heart and body, pull off a pretty inspiring win.  A win that they not only dearly need for the sake of moral and pride.  I watched a reborn Ben Wallace take charge on the defensive end and Rodney Stuckey do what he needed to do to lead his team to victory.

The highs of the big game come with bittersweet sadness as I watched Mrs. Davidson have a mini press conference at halftime in front of her very familiar courtside seat and announce that she’s looking for a buyer for the team.

It’s her team and she can do with it what she wishes.  We as fans shouldn’t judge her, we just have to hope that she hands over the team to someone who loves it as much as Mr. D did.

I may be a bit sentimental, but I can still see him sitting in his seat with his beige windbreaker enjoying his team.  I see him with a mini television in front of him watching his hockey team on their way to a Stanly Cup, while he was watching his Pistons win a championship.  I can see him standing on court with Ben, Rip, Chauncey, Tay and Rasheed as they raised his banner in the rafters at the Palace.

I can still see his face as he was getting doused in champagne in the locker room by Isiah Thomas during the Bad Boys Championships. 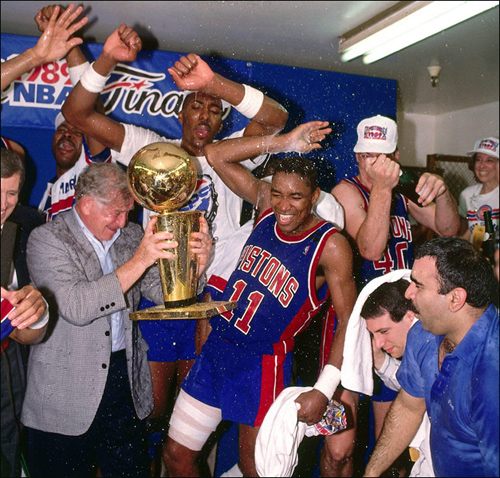 I watched him embrace Isiah on court, when it was clear his health was failing at the All Time Pistons Ceremony. 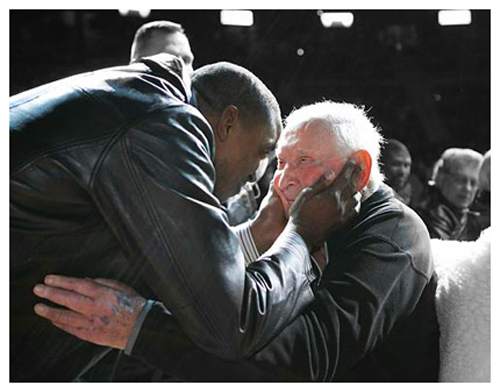 One of my favorite memories is looking at his face in 2004 when they were presenting the team with the Larry O’Brien Trophy.  He may not have been able to hold that beautiful gold piece of hardware over his head, but his team made sure he could. 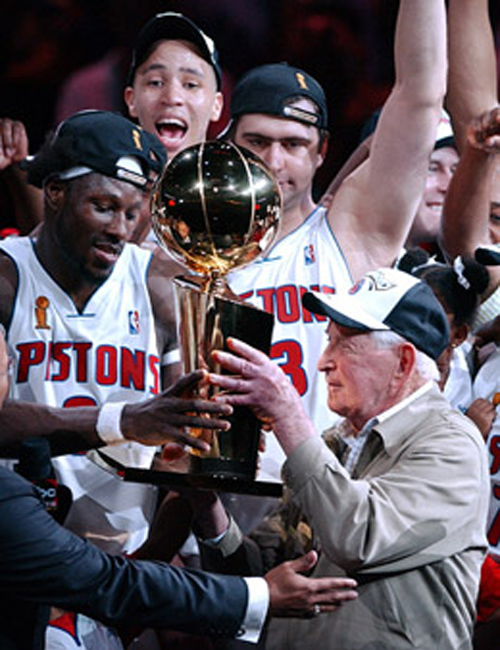 And how can we forget his very “Detroit” styled parade speech. 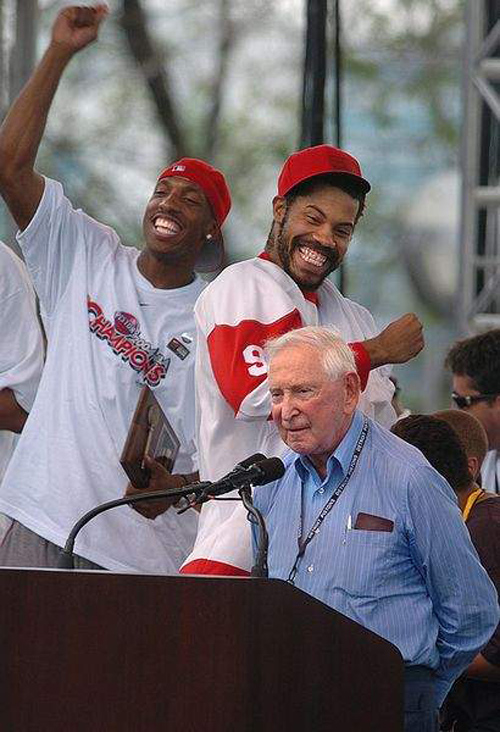 He may not be with us anymore, but he will always be remembered.  The Hall of Famer was a pioneer in professional sports and in love for his team.   If the new ownership has one tenth of the love that Mr. D had for The Pistons, things will be just fine. 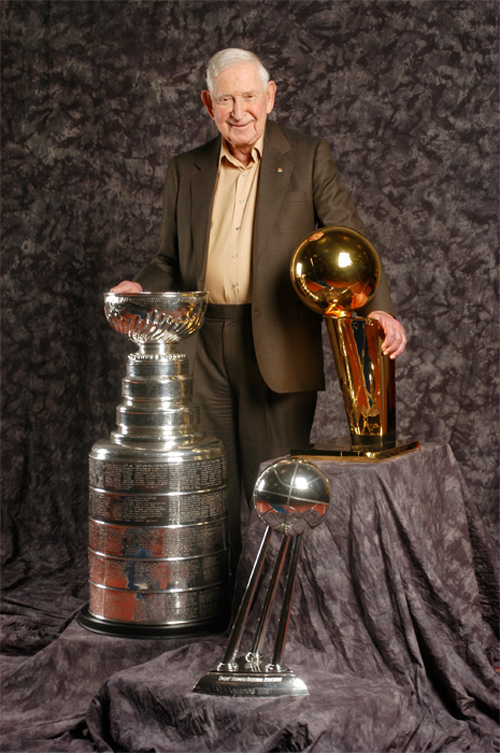