The hits, or blows just keep on coming, the Pistons just lost their 13th in a row. 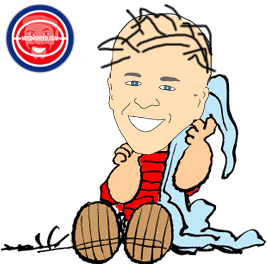 Look, in order to be good again, you must go through the bad, but there is no use making excuses and pretending this team isn’t broke. It doesn’t mean we aren’t’ fans, it just means we have been through it, we know things will get better and most of all we aren’t delusional.

Until then, we hope for a win against Washington.