Antonio McDyess has been a favorite of mine since he donned a Pistons uniform. That didn’t change when he switched to the silver and black of San Antonio. Dyess is just a stand up nice guy who has a heart of a champion…but with no ring.

I will never forget how he took that loss to San Antonio in the finals. Sitting there heartbroken on the bench when the Pistons let that trophy slip right out from under their fingers. Most people don’t know he didn’t even go to the locker room that night, he headed straight to his car in his uniform and drove home. That’s how hard it hit him.

His quest for a Championship continues, and I for one am pulling for him… No matter where he may be. 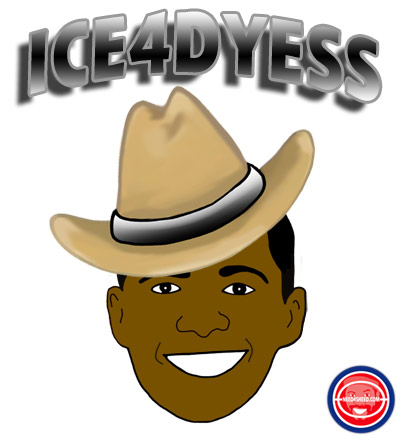 If you missed his interview with Greg Kelser before the Pistons game on Wednesday night, take a moment and watch it. If you can’t feel his emotion when he talks about Detroit then there is something wrong with you. He almost brought me to tears.

I will also never forget what happened when I took my nephew to the Pistons Season Ticket Holders Night and asked Dyess to take a picture him.