Forget the fact that Detroit has now lost 4th straight, forget the fact that they haven’t beaten the Utah Jazz since 2005 or in Utah since Karl Malone was on court, what you should remember is this current Pistons squad gave us one heck of a game to watch.  They may have lost in OT 97-100, but they left their hearts on the court from tip to buzzer. 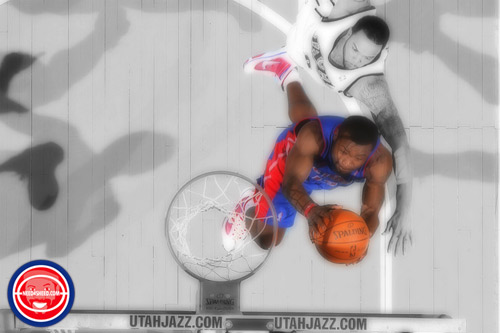