No Shooting Allowed at The Pistons Practice Facility

I don’t know if you remember Sheed taking us on a tour of The Pistons newly renovated practice facility last season, here is the video just in case you missed it.

One thing Rasheed failed to mention before the tour started was that you needed to leave your guns at the door. 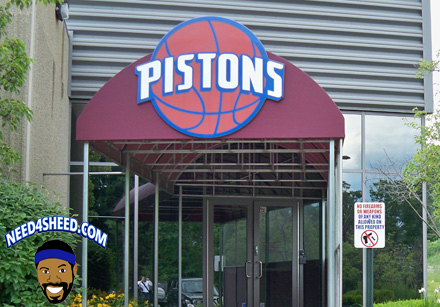 Lucky I left my glock at home that day or else I wouldn’t have been able to get inside the building. As I passed the sign the first thing I thought in my head was….was this here before Allen Iverson was? 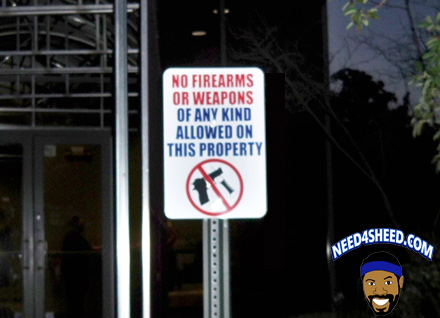 If you click on the picture to enlarge it….you can see the fine print at the bottom of the sign. Do they really need to have the sign…probably.  My guess is things got heated one day after a friendly game of H-O-R-S-E.