Ok, not the Big Baby rumors are old but guess who the Pistons are looking at to fill an oh so important roster spot. Big Ben….
A. Sherrod Blakely of MLive

“While there’s no deal imminent, the Pistons are going to explore the possibility of bringing one of the franchise’s greatest defenders, back to Detroit.

Detroit has about $3.5 million to use towards free agents, but would probably not use all of that to sign Wallace.

Boston’s Glen Davis remains an option, but the Pistons are reluctant to make him an offer because he’s a restricted free agent. And the Celtics have said repeatedly that any reasonable offer Davis receives – and Detroit’s offer would fall under that category – they would match.” 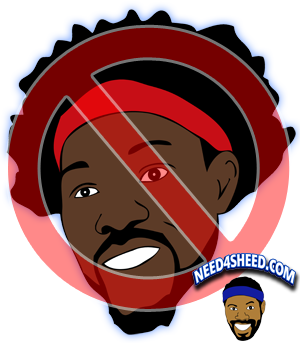 Now don’t get me wrong, I will forever be a fan of Ben Wallace.  I will celebrate that he brought this team back from obscurity with his work ethic and determination but……….

I just don’t think he’s got what it takes to play the game the way he used to.  His glory days are behind him and contrary to popular belief Arnie Kandor is a magician, but he doesn’t possess the fountain of youth serum in his bag of tricks.

We truly have started to rebuild so tell me how bringing Ben Wallace back makes any sense.  I’m putting it to a vote for you, but you know how I already feel.

UPDATE: Vince Ellis of the Detroit Free Press says the Pistons have no interest in Wallace.

“a person with knowledge of the situation said today that the Pistons are not looking at Wallace, 34, because his career appears to be on the decline.”