Round One Game One – Pistons vs. Cavaliers

The Pistons are in Cleveland to start the first round of the 2009 NBA Playoffs against the #1 seed Cavaliers. With things not going per usual with our familiar Detroit team, Pistons fans are still showing plenty of support.

We all know the odds are stacked up against the Pistons, but it doesn’t mean they have no chance at all like some people think. It may be a long shot, but nothing is impossible.

As you probably already know, I’m not a fan of anything Cleveland or the Cavs. In fact I have been known to poke a little fun here and there, but team Need4Sheed member Daniel Pantalleresco has a little more than hatred on his mind when it comes to the LeBron/Tayshaun match up. And like it or not, a lot of Detroit’s success in this series will hinge on Tayshaun stopping Burger King James. 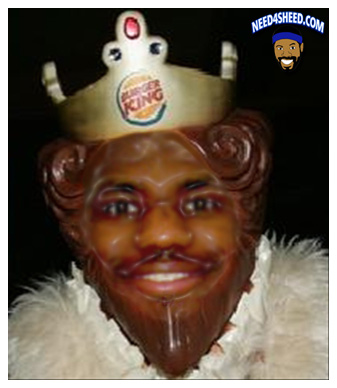 I’m sure you have read a ton of playoff previews, most of which give the Pistons a little more than a snowball’s chance in hell, but that all means nothing when the Pistons play the way they are capable of playing. And that’s a scary thing for any team about to go into a seven game series with them.

As for my playoff preview, I did it a little different this season over at Dime.

Tip off is at 3:00 PM and will be nationally broadcast on ABC.  If you can’t watch, follow live through your computer over at NBA.com.

As for Pistons fans..

Feel free to leave your thoughts in the comments or Chat Live with fellow fans during the game.