One on One with Pistons Insider Matt Dery

Before the Pistons start their playoff run we are in for a little treat here at Need4Sheed. I was lucky enough to do a Q&A with one of my favorite Pistons personalities, insider Matt Dery.

Matt Dery is the afternoon sports anchor at 97.1 FM The Ticket.  He recently left WDFN Radio after 12 years there.  Dery has been the Pre-Game, Half-Time, and Post-Game host on the Pistons radio network the past eight seasons.  Matt is also the radio play-by-play voice of the University of Detroit Mercy mens basketball team.

Need4Sheed: You had a chance to get quite close to Michael Curry last season when he was an assistant coach, were you surprised that Dumars put him in charge of the team?

Matt Dery: First off, thank you Natalie for the opportunity to be featured on thee best Pistons fan site in Detroit.

I did get close to Michael last season when he was an assistant and I knew it was only a matter of time before he got the job. I think he has been put in a difficult spot this season, and has had to deal with a lot of changes and obvious problems with this club. He is not blameless though. No way. Mike did not handle a few situations very well and at times seemed to lose the team during the regular season. End of game execution was flawed in big spots at home, and that is on both him and the players. He demands more from the guys in terms of accountability than Flip did, and I like that. He was told the team was being handed over to Rodney Stuckey, yet, he still coached to win and if that meant playing Will Bynum more, than so be it. I respected that.

Need4Sheed: Its been a season of mostly downs for Detroit, being someone who’s close to the team what did you expect once the Iverson/Billups trade was made? From the inside, could you see a difference in Chemistry once the dynamic changed when Iverson arrived?

Matt Dery: I understood the Iverson trade when it happened and I love the fact that Joe has cleared a ton of space this summer.  With that being said, the chemistry and identity of the team changed and it changed for the worse.  Gone was a defensive mindset (because the dude couldn’t guard Hooper) and a team concept offensively.  Swinging the ball became non-existent, but to Iverson’s credit, he did try hard and got to the rim, he just could not finish.  Check the stats, his missed layups cost the team a ton of games.  He’s under the basket, and his teammates were flat footed trying to get back on defense.  Forget about it.

Need4Sheed: Do you think Detroit’s 39-43 record is an indication of what they can actually do on court?

Matt Dery: This team underachieved.  39 wins is unacceptable and Joe and Scott Perry will tell you the same thing.  Michael Curry said before the season that he thought Tayshaun would have an All-Star season and he didn’t.  Rasheed Wallace aged and when they needed him toward the end of the season, he got hurt, and then served a one game suspension for picking up a silly over-the-number-limit technical.  The front office thought that Amir and Jason Maxiell would both come into their own and that didn’t happen.  Very disappointing.  To me, the two best players this season have been Antonio McDyess and Bynum.  Rip can still ball and I think will have a huge year if he is back next season.

Need4Sheed: A lot has been said about Detroit’s young talent, especially Rodney Stuckey. His talent is obvious, but did he take a step back this season by asking him to run this team so early in his career, especially with the shoes he had to fill?

Matt Dery: I saw a change in Rodney Stuckey in the first pre-season game in Miami and I thought he was ready to take off to a new level.  He had a confidence and cockiness and looked ready to run the team, even as the third guard.  I don’t know what happened to him during the regular season, but the team needs to determine if he’s a legit point guard or just a scoring guard or combo guard who may be best suited as a Vinnie Johnson or Ricky Pierce type player.  He needs to stop dribbling so much in the half court.

Need4Sheed: Biggest surprise of the year?

Matt Dery: Will Bynum.  The guy did it all the last few weeks and solidified a spot on the roster next season.

Need4Sheed: Biggest let down of the year?

Matt Dery: The home record.  21-20.  The Pistons have had amazing crowds and amazing support and yet for some reason the team laid some bad eggs on their home floor.

Need4Sheed: With all the cap room Dumars has going into next season, do you see him trying to change things with a free agent after the season or does he wait until the mother load in 2010?

Matt Dery: Joe hates to lose.  He’s beyond upset over what has transpired.  No way he waits until 2010.  No way.  This team has GOT to go get a low post threat and somebody who can change the game in the paint on both ends of the floor.  Opposing teams drive the ball to the basket with ease now, why?  Because they know they can.

Need4Sheed: We know you’re from Cleveland and we don’t hold that against you (I don’t think), so who are you rooting for as a fan?

Matt Dery: I really wasn’t too pleased that the Pistons drew the Cavs.  I think this is thee best Cavaliers team I have ever seen and I was there for 91-92 when they made it to the East Finals and I loved that team.  I am dodging your question because I still root for the Pistons and I have too many friends in the organization to cheer against them.  But C-town needs a title so bad and my Indians are off to a lousy start.

Need4Sheed: What does Detroit have to do to win their first round matchup with Cleveland?

Matt Dery: Pistons need to play together if they want to beat Cleveland.  Thats what the Cavs do, they have an amazing togetherness right now.  Plus, if Sheed gets fired up to play against Z and Andy, he can be a difference maker.

Need4Sheed: Who will take the series?

Matt Dery: I say Cavs in Five.  Cleveland is on a mission.  Pistons have been through too much this season to overcome the Cavs.  It is just not clicking right now.

Need4Sheed: Matt, you’ve been painfully absent during Pistons broadcasts lately, tell us what you’re up to. 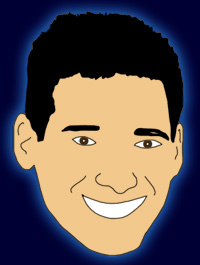 Matt Dery: What have I been up to?  A lot of nothing.  I had a crazy schedule for a long time at WDFN and a ton of responsibilities.  To be honest, it has been nice to come home and just hang out with my girlfriend or get some extra days with my kids.  My life schedule has revolved around the Pistons and work and U of D for a long time, I’ve just sort of been catching my breath.  To be honest, I do miss the Palace and the games and a lot of amazing people up at 5 Championship Drive.  I’ll hopefully be back in my seat on press row (5th from the left) next season when Deeetroit Basketball heads to 97-1 The Ticket!

Need4Sheed: Lastly, what is you’re most memorable (good or bad) Pistons memory?

Matt Dery: June 15th (and 16th) 2004.  Being able to be court side for the Championship and going until 6 AM the next day on the air with the post-game show was incredible!

I would like to thank Matt again for taking the time out to talk to me, he’s one of those staples at Pistons home games that makes my trips to the Palace that much more special.

And by the way, you got to love Matt for the simple fact that in the picture he sent me to put up for this peice he’s wearing an Indians t-shirt. Just click it to supersize.