First Round Date with Cleveland

After the Pistons fourth quarter collapse against the Bulls Monday night at the Palace they have now locked themselves into the 8th spot for a date with the Cleveland Cavaliers. 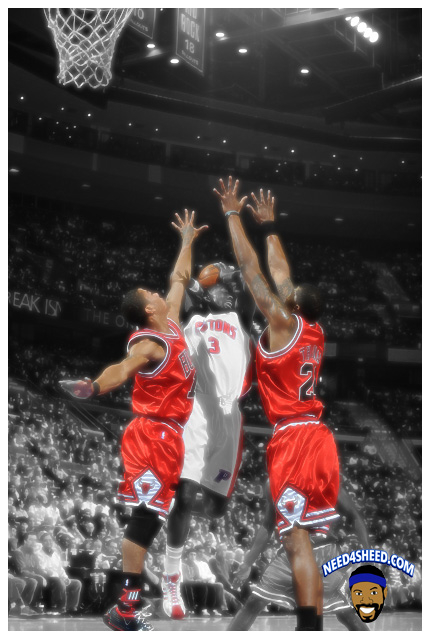 You can be as optimistic or pessimistic as you like, you can compare this team to the one that defied all odds to beat the Lakers in 2004, but as Pistons fans don’t we have to be honest with ourselves at this point? If this team crumbles in the fourth and can’t beat the Bulls in an important game how are they going to defeat a Cleveland team that sits atop the Eastern Conference and has only lost one game in their own building all year long?

Now I’m a glass half full kind of gal, but someone needs to give me some kind of hope that Detroit has a plausible chance to upset the Cavs.

I have my own bright spots here and there like the surprising and refreshing play of Will Bynum, the heart and determination of Antonio McDyess, Rip Hamilton’s return to the starting lineup, the defense of Arron Afflalo and iron man Tayshaun Prince, but all those things just don’t add up to what it takes to beat (and I hate saying this) a powerhouse like the Cavs.

The Cavs are 66-15 and have won 18 of their last 20, and like I mentioned before have lost just one at home. The series starts with the first two games in Cleveland.  LeBron has dominated Detroit in the playoffs and to this day he’s responsible for my worst memory of the Palace (remember that fateful game 5). Add in the Cavs defense, the calls they get and it’s a recipe for disaster.

I would love for the Pistons to prove me wrong, in fact I’m rooting for it, but given their play all season long is the benefit of the doubt good enough?

I’m hoping yes, and the Homer in me says so, but someone has to give me something solid besides my loyalty and faith in the team I love.