As you may or may not know by now, I’m giving away some Arron Afflalo autographed goodies from my trip to see him at his appearance at ABC Warehouse.  As I mentioned yesterday, if you follow me on Twitter winning may be a lot easier than it has to be. 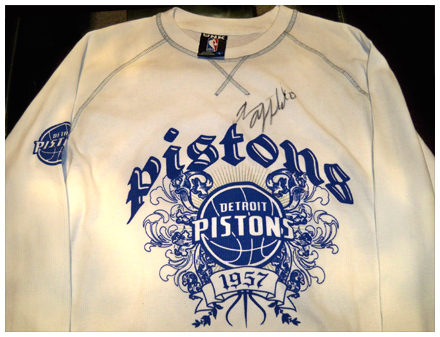 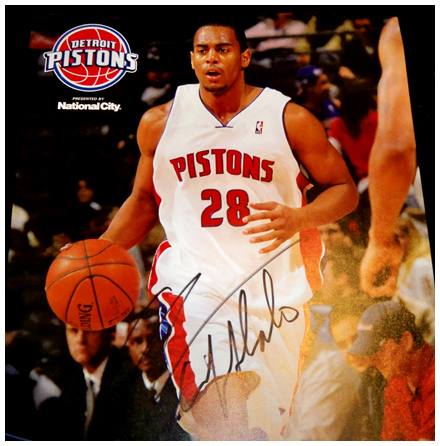 You can see him sign both things for me in the this video I took. Funny thing about me and my videos, I have been know to cause a bit of trouble wherever I go, just ask the good folks at the Palace.  So when I headed over to ABC Warehouse I decided to be on my best behavior.

Arron seems to be a quite guy so I figured I would tell him what I was doing and wish him well.  So I walk up and ask him if he knows me.  Who does that? Why would he know me? I meant to say do you know the site, but it came out me first….what an idiot.  I didn’t even realize how stupid I sounded until I watched the tape.  Maybe I was thrown off because of this. 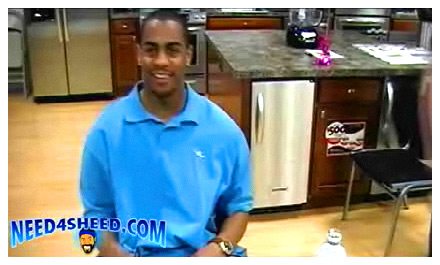 More playing time would be nice Arron!  And by the way Thanks!

Arron was great, and now I’m handing the stuff over to you.

I will be randomly picking a winner from the CORRECT entries.  Just answer two questions correctly and you could be a winner.

What is the name of the outstanding defensive player award Arron won while at UCLA?

Send the answers to me at
need4sheedcontest@gmail.com

I will annonce the Winners on Tuesday March 10th!