Yesterday by chance I opened up an ABC Warehouse sales paper that was sitting on top of my kitchen table for days and noticed that in an hour Arron Afflalo would be appearing not 3 miles away from me signing autographs.

So what did I do?

First I made sure everyone who follows me on Twitter know where Aaron would be and then I took my camera, and a brand new Pistons shirt and headed over to ABC.

Waiting in line I found out not only is Arron quite a nice young man but he’ll sign your baby if you ask him nicely. (Video) 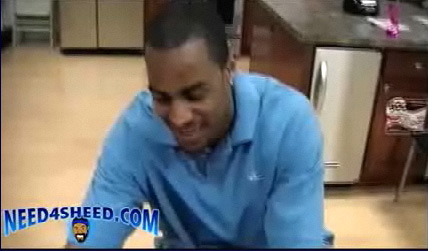 So Arron Signed a coupe of things for me and I will be giving them away on Need4Sheed.com. Want to know how to win?