I will start this post with my apologies for the hiccups on the site the past two days. It seems as though the server had issues, but I think I’m back up and running at about 80% right now. Now on with my analogy.

I came to the conclusion last night that the Pistons are like a blind date.  Just bear with me here.

As Pistons fans (some say) we are spoiled. Our team has enjoyed great success over the past few years and quite frankly we aren’t used to dealing with them struggling (other than in the playoffs).

Lay the blame wherever you want, but it will do you no good. It’s a free fall that none of us were prepared for when this season started. 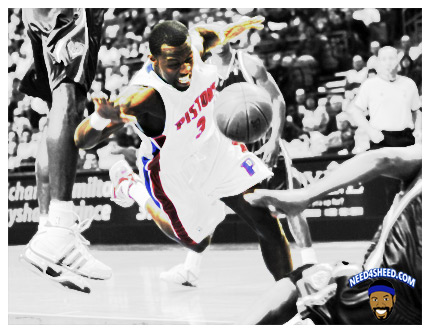 As Pistons fans, do yourself a favor. Go into each game like you would if you were going on a Blind Date.  Expect the worst and if your date ends up with teeth, no unpleasant, unidentifiable odor,  no visible open sores and the ability to speak the same language that you do it’s a plus.  And if they actually turn out to be nice, normal and not a stalker….it’s like putting a W in the win column.

Expect nothing and when you find your Prince Charming/Cinderella it makes the win that much better.

This lesson brought to you by Need4Sheed.com. You can thank me later.