Is a win over Memphis something to Celebrate?

Yes, but mostly NO!

An early 5:30 tip and a delayed flight left me unable to watch the Pistons win over the Grizzles until this evening.  So what does a person take away from a game they didn’t get to see yet? A lot!

From what most of your commenting, news reports and the box score it took just about all the Pistons had to beat the lowly Grizzles.  Yes they snapped the longest losing streak since the team acquired Rasheed Wallace, but that doesn’t make many of us feel any better.

We can moan and complain, vent and verbalize our frustrations, try to keep sane and give our “dream lineups” that we think will change things for our beloved Pistons.  At the end of the day this thing is in the hands of Dumars, Curry and the players.

Panic in Detroit?  I would say yes, but things could be worse.  Oh no maybe they can’t …..the Cavs are in first place.

Is Rip really headed to the bench?  A. Sherrod Blakely says so.

But if a change is made — and there’s a very good chance of that happening — it will likely involve Richard Hamilton coming off the bench and Amir Johnson being re-inserted into the starting lineup.

Hamilton appears more concerned with the team’s success, regardless of what role he plays in it.

“We just want to win, bottom line. We want to win games,” Hamilton said. “Guys are coming out, trying to figure out a way to do everything possible to help the team win. That’s the most important thing right now — just try to win games.”

Curry said he and his staff will have conversations regarding the past 20 games which, not surprisingly, will include discussions about what changes, if any, will be made to the starting lineup.

“That’s the number one thing,” Curry said. “I haven’t hid from that, not one time.”

While Curry wouldn’t say that a change was definitely going to be made, he did say whatever decision that’s made will be “what’s going to be the best way to play for us to compete and be an elite team. Once we make that decision, we’ll kind of stick with that for the rest of the way.”

We will see, but I do know one thing, a picture can really tell a story. 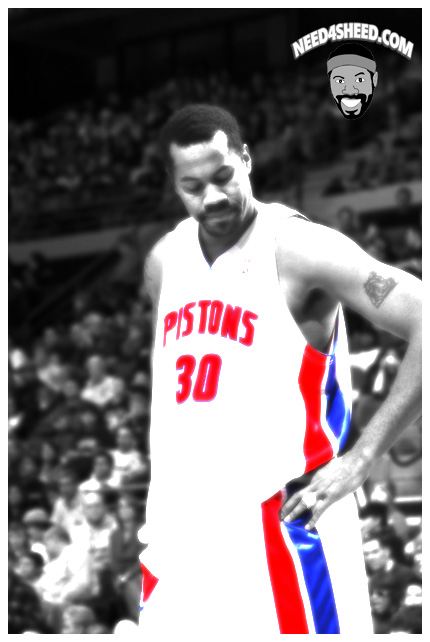