Could Rip Have A New Role?

With Rip possibly coming back for tonight’s game against the Bobcats, Pistons fans are still wondering just how he’s going to fit in the new lineup.  Some say AI should be the sixth man, some think it should be Rip, some think their time should be split.  The thing is, Curry may not know what he’s doing until game time. Either way, some egos will bruised or the Pistons will be putting a less efficient team on the floor.

I don’t know about Iverson’s other skills, but Rip should really think about taking a back seat on the team. It seems that his singing career could blow up if only he had the right management. 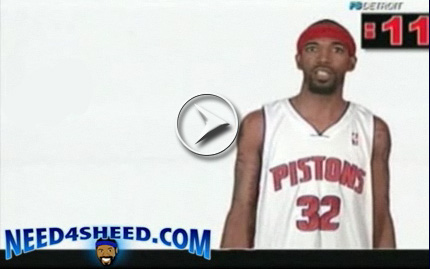