Thought you missed out on Need4Sheed’s last Suite Night at The Palace Contest? Don’t worry, I have another chance for you to win the ultimate Pistons fan experience!

In honor of George Blaha’s induction into the Michigan Sports Hall of Fame on Monday, February 9, 2009, I’m dedicating this Pistons ticket giveaway to him.

One of the most recognizable sports personalities in Detroit and the NBA, George Blaha will begin his 33rd consecutive season as the television and radio play-by-play voice of the Pistons in 2008-09.

The “Voice of the Pistons” is now the longest tenured play-by-play broadcaster in the state of Michigan.

If you know Pistons basketball, you know George Blaha.

I’m sure I don’t have to tell you how much I adore the man, that’s why I would like you to honor the him for his knowledge, entertainment and the love for the Pistons he displays with every word he utters. 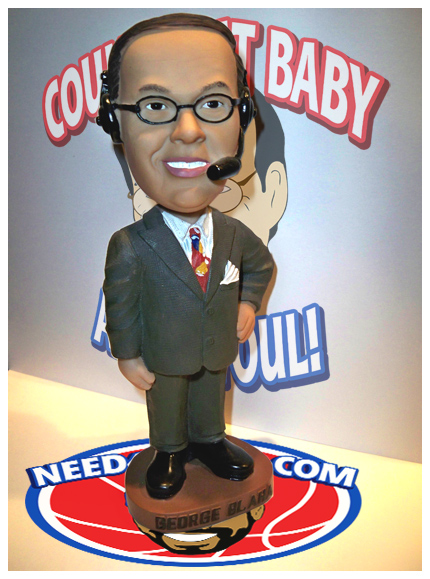 To win a pair of tickets to The Pistons.com Suite and an Ultimate Pistons Experience on Wednesday, February 4th, 2009 when the Pistons face Dwyane Wade and The Miami Heat, you have to do your best to pay tribute to George Blaha.

Do whatever it takes to honor George. You might win a pair of tickets to the game and maybe even meet the man himself.

Do your best Blaha play-by-play, write a poem about him, tell me why you appreciate him, or just surprise me.

Send your entries in by Sunday January 25th to – need4sheedcontest@gmail.com

All entries must have your submission with the following:

Thank You to The Pistons again for giving Pistons fans a one-of-a-kind opportunity.

*If you have won a Need4Sheed Suite Night contest before, you are not eligible for this one.