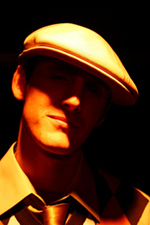 And the legend of Rasheed Wallace keeps growing. When I found out a local rapper and diehard Pistons fan had as much passion for Sheed as we do, I had to share.

Everyone’s got a lil’ Sheed in them, so listen to the track and let out some aggression!

ALLiTiZ_-_05_-_Rasheed_Wallace.mp3
Rasheed Wallace is on ALLiTiZ’s third CD “Get Broke” released in 2008.

For more info you can check out his Website.

Front page, back page, middle of the page……it’s all Sheed.