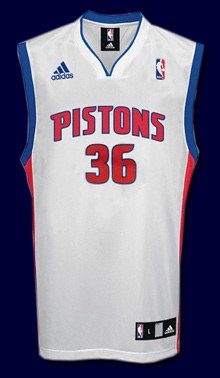 Just because the holiday season is over doesn’t mean the gifts stop rolling in for Pistons fans.

Die hard Pistons fan and reader of Need4Sheed Miguel Gonzalez decided he wanted to give his autographed Rasheed Wallace Pistons jersey to a deserving Pistons fan.

So he’s giving it away to one of you!

Miguel is in charge of this giveaway and all he asks of you is an email stating why you have “The Need for Sheed.” All entries will be reviewed and considered by him, so impress.

All entries must Include

Deadline for the entries is Monday January 19th 2009.
I will announce the winner on Need4Sheed the following Tuesday.

Thanks go out to Miguel for the generous prize for a lucky and deserving Pistons fan.