It’s no secret that Rasheed Wallace is a Tar Heel for life. He was at Ford Field flying in his Carolina blue and white supporting his team when they took on Michigan State. Sheed even GuaranSheed a win of sorts by making a wager with Spartan Greg Kelser prior to the game.

FSN did took us behind the scenes of the bet. 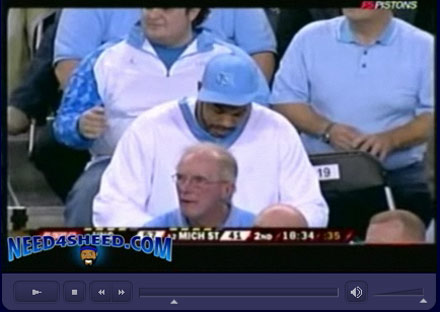 Sheed was so proud of his school’s victory he broke out his North Carolina Sheed Air Force 1’s at practice. 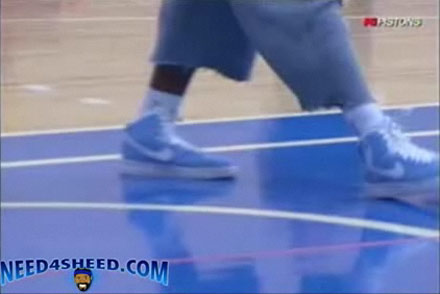 Note Sheed’s trademark ripped cut up sweats. Let me tell you from personal experience, I have seen Rasheed out and about and he was sporting a similar pair of ripped sweats, but when I saw him he was wearing his old Trail Blazers pair. He’s no tailor, but you gotta love Sheed for his originality.