Is Michael Curry making changes to the Pistons starting 5?

After Detroit’s 104-92 loss to the Knicks on Sunday, Michael Currey alluded to a change in the starting lineup after he again called out his starters for not bringing the energy at the start of games.

Dyess will be back on Tuesday against the Wizards, but besides the fact that Antonio may get the nod, is Stuckey in line to start? 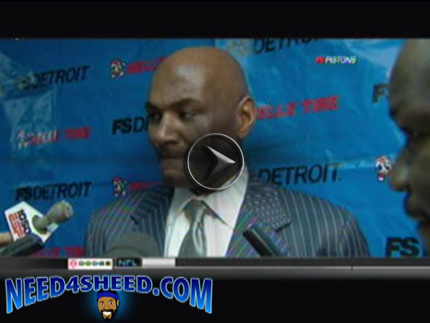 If you’re like me, any change right now may be what this team needs to get things on track.