It’s very clear that Detroit wants and needs Antonio McDyess back. Dyess can’t sign with Detroit until December 7th, but what could happen in the meantime has plenty of Pistons fans waiting anxiously.

While ‘Dyess may have his heart with this team it may be hard for him to turn down the many offers that are coming his way. The good thing is we know McDyess stated he would rather retire than be “a ring chaser” but putting that aside it’s hard for Antonio not to look at other offers that would bring more money and a chance a title. And he would be losing a bit of money if he comes back to Michigan.

So I was searching Amazon.com doing some early holiday shopping when I came across an old Charlie Brown classic and was shocked to see that it’s been remade for Antonio’s return. 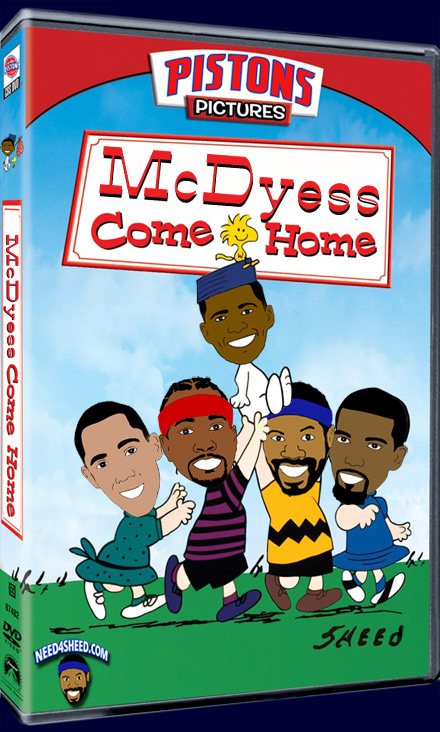 Who cares about Snoopy…..McDyess Come HOME!

Now can anyone get a copy of this to Antonio so he knows how much we want him back?