How Deep is This Roster?

We all know that Detroit didn’t make any major moves this summer and will be starting the season on Wednesday with very familiar faces. With that said, when you look at what Detroit has at the end of the bench are you more confident in this team than you have been in the past?

Personally I am looking at this season in a very positive way. As much as we all like the usual suspects, I’m looking forward to seeing more of Detroit’s youth movement. I have been on the Amir and Maxiell bandwagon since it’s first trip and can’t wait to see more of both of them this season. Rodney Stuckey has proven what he can do, so that’s another glimmer of hope for this season. And Afflalo has proven (to me at least) that he’s even better than expected when drafted. The big question here is the rest of Detroit’s bench?

Do the Walters’, Samb, Brown, Bynum and Acker have what it takes to help Detroit make another run at the title?  Blaha and Kelser broke it down for us the other night on the FSN Broadcast. 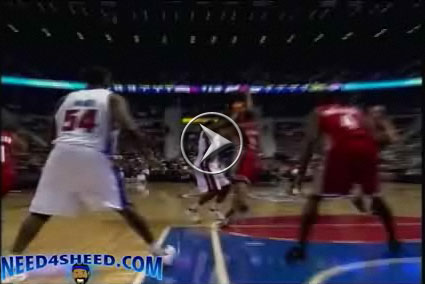