I found a clip about The Dobber that I had from earlier this season. I was very young when Lanier played for Detroit, but I can remember his influence on the team and the league very well.

Lanier was drafted number one overall by The Pistons and was named to the All-Rookie Team following the 1970-71 season. He played for Detroit from 1970-79 before being traded to The Bucks. In his 14 NBA seasons, Lanier averaged 20.1 points and 10.1 rebounds per game shooting 51.4 percent from the field.

He’s also one of the most memorable All Time 50 Pistons.

It’s Bob Lanier’s Birthday today (September 10th), so what better way to wish him well then to remember the legacy he left on the hardwood. 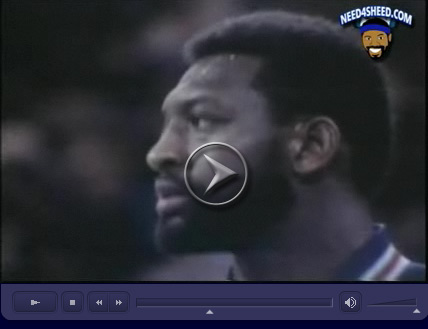