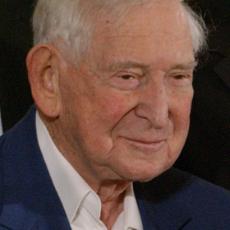 Mitch Album did a Q&A with Pistons Owner Bill Davidson before his Hall of Fame Induction. The whole piece is quite interesting, but Albom asked the question that most fans want to know the real answer to.

A: I’d say the best player we ever drafted was Isiah Thomas.

Q: Can you say anything – and I recognize it’s been a complex relationship over the years — about the falling out you two had at the end of his playing career?

A: Well, I was very, very close to Isiah, and there were times he was almost like a son. But, because of his background, um …I told him he had to change — you know, coming from where he came from. I said, “You’ve got it made now. Don’t keep doing those things that you’ve been doing.” I won’t tell you what they are. But he couldn’t change. “

Q: And that’s why he didn’t have a future with the Pistons?

Q: Had he been able to change, would you have envisioned him having a lifelong career in the front office?

Q: Had you discussed that at one point with him?

Q: But in your mind you had considered that a possibility?

A: If you know the relationship was like a son — I was trying to counsel him — the subject of his future relationship and what his job would be never came up. Because he had to change first.

Q: To use your metaphor — he didn’t take his father’s counsel?

Q: What’s your relationship with him at this point?

A: We’re the best of friends.

A: One day I decided — this was about five years ago — that there’s only one guy that I’m really not friendly with. So I called Isiah up, and I said Isiah (chuckling) –before I go to my grave–you know, whenever I do–I want you and I to be friends.

A: So we hug each other now — and you know we just had the reunion. We’re the best of friends today.

Via The Detroit Free Press

There is plenty more about Joe D, Larry Brown, the fact he wanted to buy the Lions before he purchased the Pistons and that some NBA Refs aren’t on the up and up.

Q: What do you think of the whole Tim Donaghy scandal?

A: That’s the tip of the iceberg with referees.

Frank and candid while still remaining classy. Mr. Davidson is in a class by himself.

Don’t forget the HOF Ceremonies will be televised Today (Friday) at 7:30 PM on NBATV and ESPN Classic.