With all that was surrounding Josh Smith and Detroit trying to land him this summer there were a lot of unanswered questions from a fans standpoint. Some Pistons fans wanted to know if the possibility of a sign and trade for Smith was possible with Atlanta for the budding superstar’s services.

Sure we may say we want the deal done, but The NBA’s Collective Bargaining Agreement has the last word. So here is the question, can the Pistons legally pull off a deal with Atlanta for Smith? 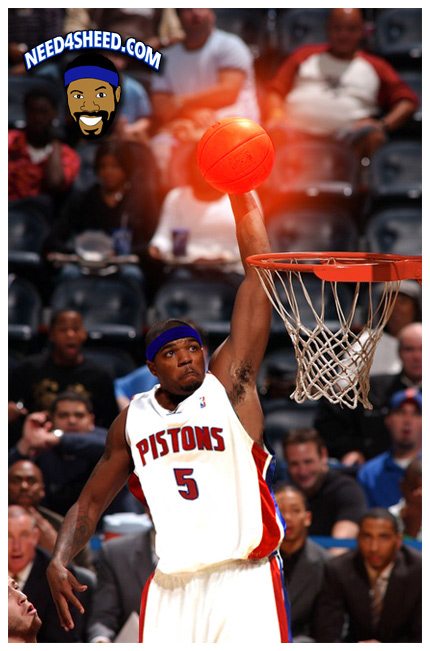 Enter Dave Dial of MLive, who was nice enough to give us a detailed answer to the question.

“When Josh Smith signed that contract with Memphis, it prohibited any sign and trade for Smith. Either by Memphis or Atlanta. When Atlanta matched the offer, that made Smith ineligible to be traded for 90 days from the day he signed the contract, and also gave him one year of veto power on any trade. Meaning that Smith has to consent to any trade the Hawks could work out after the 90 days have passed. The rule is 90 days or December 15th, whichever is later.

Also, Smith automatically became a BYC player when he signed that contract. Which means that since the contract was reported as a 5-year 58 million dollar contract, Smith’s first year salary is 10 million dollars, so his BYC value(50% of the first years salary) is 5 million to the Hawks, but 10 million to any team he is traded to. With the rules regarding trades in the NBA, the receiving team would have to send out at least 7.4 million dollars in contracts(25% + 100k of 10 million), while the Hawks could only take back 6.35 million(25% +100k of 5 million). So there would have to be a third team, or extra players involved.

When the NBA raised the trade rules from 20% + 100k to 25% + 100k, it did make trades involving BYC players easier, but still difficult. Atlanta could add players to increase their outgoing total, but that total would also increase the other teams value, meaning they would have to send out more contracts too. But a trade going something like this could be worked out. Detroit sends Tayshaun Prince(9.5 million) and Amir Johnson(3.66 million) to Atlanta for Josh Smith(10 million-5 million BYC) and Speedy Claxton(5.7 million). That trade would work under the CBA rules.

Basicaly any sign and trade can’t happen, but if the Hawks(and Josh Smith) want to trade with Detroit, it would have to be after December 15th and would require a trade somewhat like the scenario I gave above.”

So there you have it Pistons fans.

Big thanks to Dave Dial who didn’t just give me a quick yes or no answer to the question I posed. When he’s not keeping us updated on The Pistons over at Full Court Press, he’s probably brushing up on his CBA knowledge. Plus I think he’s got a cool name.