Play Offseason Fantasy Basketball At PASPN.net with Team Need4Sheed and Win a T-Shirt

Need4Sheed and PASPN.net are teaming up to see if you are the GM you think you are.

Are you dissatisfied with the moves the Pistons made this offseason or the NBA offseason in general? If so, become an NBA GM or Sports Agent and live out the NBA Offseason as you would have envisioned it in Need4Sheed.com’s Offseason Fantasy Basketball League at PASPN.net. Take over the GM duties of an NBA Team and decide team options, draft rookies in the NBA Draft and sign the top names in this years free agency pool using the real NBA Collective Bargaining Agreement. Picking teams and trading begins August 12th, 2008 at 8:30 PM EST.

You must be a registered member of PASPN.net to join League Need4Sheed.com. 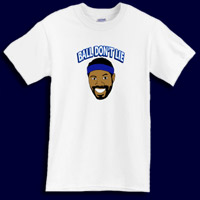 Register as a GM member or an Agent member at league Need4Sheed by using THIS LINK.

Most Pistons fans I know have been putting up trade scenario’s since the seasons abrupt end. Now it’s time to put your skills to the test. I’m giving away a Need4Sheed T-Shirt to the winner of the league.

Spots usually fill up quickly, so depending on the turnout there may be more than one Team Need4Sheed league over at PASPN.net.