Hoops Addict is running Floor Burn Tournament and I was lucky enough to get our very own Jason Maxiell on the ballot. What is it all about you ask? I will let Ryan explain:

“Each night ESPN, NBA.com and YouTube are flooded with clips of players soaring through the air for rim rocking dunks, buzzer beating three-pointers and blocked shots that make your jaw drop in amazement. While those are all entertaining plays, teams who win championships need players who are willing to get a little dirty and do the little things needed to help their team win. As valuable and crucial as these players are to their respective teams success, these players rarely get the credit or respect that they deserve.”

If Jason isn’t deserving of the honor, I don’t know who is. The Tourney runs for a couple of weeks, so I expect you to flood the site and vote JMax up. If this man doesn’t take the honor simply for this than Pistons fans should bow their heads in shame. 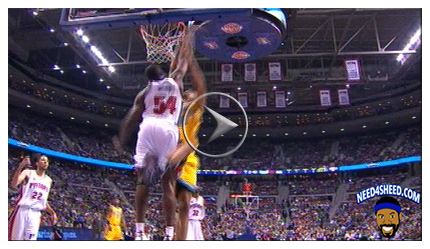