Pistons Summer League play kicked off Friday night with an 84-73 win over the Los Angeles Lakers. Rodney Stuckey led the way with 21 points, but others showed promise as well. 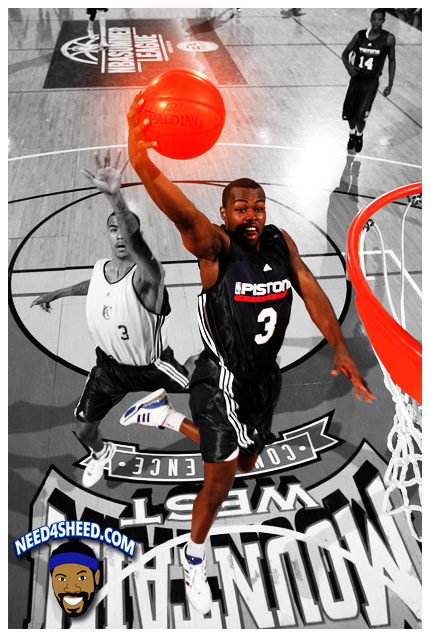 Arron Afflalo led Detroit to victory against the Clippers with 26 points in their 77-66 win.

“I’ve always said that when Arron plays consistent minutes, he shoots the ball consistently,” said Detroit head coach Michael Curry. “You’re always glad to see everyone play well, but especially Aaron because of how much time he puts in to improve his game. He’s going to be our backup 2-guard this season, so we expect him to come in and play consistent minutes each night and he’ll be a good contributor for us.” Via ESPN

Looks like Arron got the chance to shine because of a sore toe. Seems as though Stuckey was sidelined in the second half of the Clippers game with a bothersome sore toe (not serious), which gave Arron the opportunity to step up.

I didn’t get a chance to catch either game, but I know some of you did by reading the comment section. Apparently the full game is streaming live on demand right now through NBA.com. More thoughts welcome on the boys of summer in the comments.