The Pistons Pick Up A Sleeper In The Draft…Literally

It was a topsy turvy night for Pistons fans on Thursday. With high hopes of a solid pick and possible a deal yesterday things didn’t happen quite as we had hoped in Piston Land.

Now don’t get me wrong, I didn’t really have high hopes of a solid pick at 29, so when The Pistons picked D.J. White I had a bit of a smile on my face. However my smile didn’t last very long when word came down that Detroit handed over the rights to White for two later picks from Seattle.

So like most of you I waited…and waited for Detroit to pick Chris-Douglas Roberts the other top prospects that were still on the board and apparently were players that Detroit had interest in. Instead Dumars picks Walter Sharpe. Who? 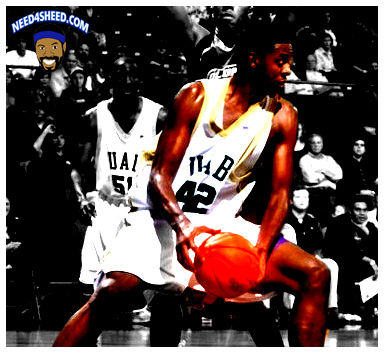 The skinny on Sharpe: Via Michael Rosenberg from The Detroit Free Press

“Yes, he really has struggled with narcolepsy. He was academically ineligible last semester, presumably for spelling “Sharp” wrong. And maybe the best sign that he is ready for pro sports is that he already has his first nightclub arrest under his belt.”

But more promising words from Joe Dumars and Keith Langlois:

Dumars said Sharpe will be a small forward in the NBA, though he was playing out of position at UAB as a power forward.

As for Sharpe’s history of off-court trouble-arrested for disorderly conduct, academically ineligible, shot two years ago though it appears he was an innocent victim – Dumars said almost all of it traces to the narcolepsy only recently diagnosed. He said Sharpe is now on medication and that “he says it’s changed his life.” Dumars said he’s talked to “more people in Alabama than I care to remember” and is perfectly convinced Sharpe has a firm grip on his life now.

Why didn’t they keep White you ask…

“The reason they didn’t keep White, Dumars said, is they saw him as too close in playing style to Jason Maxiell – an undersized power forward who can play, but a duplication of Maxiell.” Keith Langlois

As for the other picks:

“Trent Plaisted and Deron Washington, the two other second-rounders, were picked in part because they agreed to play in Europe next season. Dumars said the organization asked potential second-round picks if they would be willing to play overseas because he didn’t anticipate having a roster spot for them next season. Those who answered no, the Pistons scratched off their list. That’s one reason they didn’t take Bill Walker, though Dumars said ‘we liked him a lot.”Keith Langlois

So, right now there are a few answers to your WTF questions swirling from last night. I knew they looked at Plaisted, but had no Idea about the other two. I’m still thinking much more is to come in terms of a shake up but at this point we know it didn’t stem from the happenings of the Draft.

As for the picks, I didn’t expect much, but I can’t say I’m on the bandwagon. I did find a little hopeful insight, a Deron Washington dunk mix on YouTube.

I have the feeling most of you feel the same way I do about last night. We may need a poll for this one.