In Joe D. We Should Trust

This post is courtesy of a member of Team Need4Sheed as a Need4Sheed Guest Writer.

In JOE D. WE SHOULD TRUST
By Rashid S. Umar
Pistonfan1@yahoo.com

Piston fans are angry, and most importantly Joe Dumars is angry and that’s a good thing. After another half-hearted performance which, led to another premature exit in the Eastern Conference Finals, the “prez” has decided he’d seen enough.

After announcing that the team had relieved Flip Saunders of his coaching duties, Joe D. made it clear that he was open to making more then a few tweaks going into next season. And after losing conference finals for the third straight year who could blame him, he should look rid the team of any elements detrimental to the “Hardwork” mantra that is was once famous for. 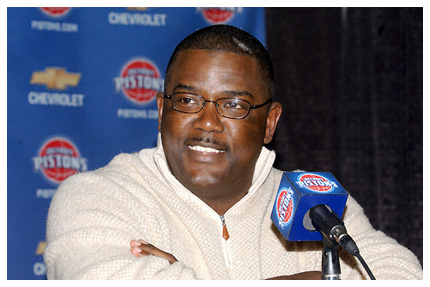 But giving some of his past transactions (drafting Darko, hiring Flip Saunders and now Michael Curry as coach) there are those that question whether or not he can do what he once expected of this team, and that is “get it done.”

And by “getting it done” the “prez” means only expected one thing… a championship, and with that the way the season has concluded recently it is apparent that this group is not longer up to the task. The recent years of disappointment has demonstrated action of a team that is aging, constantly losing focus too much contentment for big game situations so perhaps it’s better to shift gears now.

The favor pariah of Piston fans has been the much maligned Rasheed Wallace, and after his lackluster performance that led to end of another disappointing season, most would consider him the first to go. But Joe let is be known that no one is untouchable and by that I would interpret: any of the starting five, i.e. (Wallace, Billups, Rip, Tayshaun, or McDyess)

I honestly believe in Joe and Pistons’ fans should too. One thing that is certain, when changes need to be made Joe D. isn’t afraid to pull the trigger. If you look at his track record of hiring and firing coaches, missed draft picks, and free agent signings and only can point out what wasn’t done then you are missing the point completely. 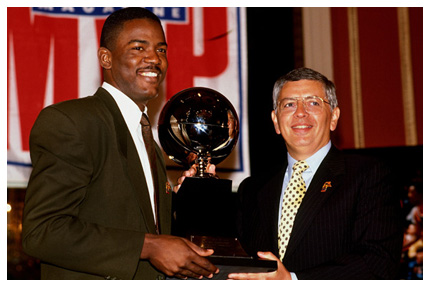 The fact that Joe has been the architect behind the franchise’s most successful decades (minus one championship) and while staying championship competitive isn’t by accident. He gave Rick Carlisle his first head coaching job; jumped at the chance to hire Larry Brown; found Flip Saunders, who had one hell of a three year run (at least for him); and now has tabbed former teammate Michael Curry, a disciplinarian type to pace the sidelines.

Now I’m not professing that Joe D. hasn’t had any misses, but they are far 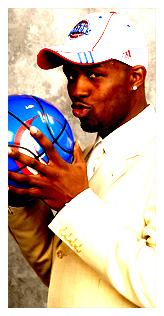 outweighed by the hits. I mean for every Darko, Rodney White, and Mateen Cleaves drafts there were Mehmet Okur, Tayshaun Price, and Rodney Stuckey. You much also look at free agent signing such as: Chauncey Billups, ‘Dyess, and Ben Wallace (who agreed to sign with Detroit as a free agent before being signed and traded for Grant Hill).

Bottom-line; expect the Pistons to look different next season with an injection of youth, athleticism, and most importantly unselfish players who are hungry to win a championship. As long as Joe D. is in charge the organization will be run “The Piston Way.”