Sheed Shows up for Curry 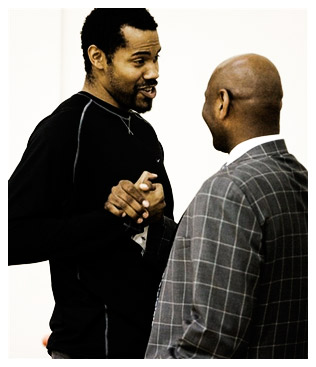 Rasheed Wallace was the only member of the Detroit Pistons to show up today the Joe Dumars press conference to announce Michael Curry as The Pistons new head coach.

What does it mean? Who really knows, maybe nothing. Maybe something, but we will probably never know.

Is Sheed ready to play for MC? Is he showing JD that he’s back on board? Or was he bored? Take your pick.

“Dumars made sure Wallace had heard about his plans to reshape the team by trading away part of his core.

“It was a short message,” Dumars said.

Dumars said since he revealed that plan at a press conference last week, his phone has been ringing frequently with interest from around the league.

“Lot of phone calls, ton of phone calls,” Dumars said. “But that was the intent, to get the ball rolling. And to see what’s out there, to see what’s happening. I knew when we were sitting here talking that we could get something done – we’ve got good players. It’s just a matter of what’s going to come across the phone line.” Via The Detroit Free Press 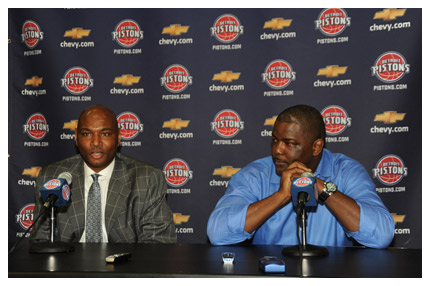 Personally I think with a guy like Sheed you never know what’s going on, but seeing as it’s the first time he’s shown himself at a Pistons gathering since Game Six, that in itself is saying something.