Dumars is Sickened and Disgusted – Everybody is Accountable

Dumars is Sickened and Disgusted and I love it…so are we Joe.
Joe Dumars talks to WDFN’s Stoney and Wojo after his press conference this afternoon. Joe Dumars just answered most of the question we all wanted to asked. 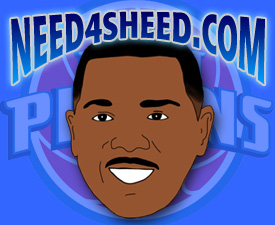 It’s nice to know that Joe has a plan and he means business. He isn’t going to take this lackluster attitude and performance anymore. As he said earlier, everyone is on the block. He’s going to do whatever it takes to get the best deal he can.

He sounded like a man on a mission as well as a fan. Go get ’em Joe.

The interview is up on Stoney and Wojo’s Podcast page as well as the Direct Link.