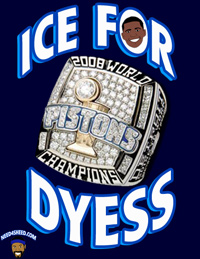 With the series at 2 all, I’m not saying this game in Boston is a must win for The Pistons, but it would make things a lot easier to wrap the series up. If Doc Rivers knows how to make adjustments, they won’t be leaving Mr. McDyess open all game long, so someone else may have to step up.

Detroit’s success hinges on the play of Chauncey Billups, sadly I don’t think they can pull it out tonight if he struggles like he did in every game of this series except Game 2 unless Saunders shelves him and gives Stuckey the go ahead if his game is off again.

I’m hoping for more stifling D, and one of these.

But block or not, I’ll take a W at the end of the night.

For further inspiration, they are selling Celtic’s ECF Champion T-Shirts down in Florida. 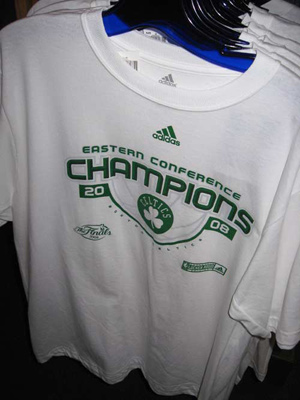 Tip off is at 8:30 PM and will be Nationally televised on ESPN and ESPN360 is streaming the game live for those of you who don’t have cable. If you can’t catch it on the tube you can always tune in to 1130 AM WDFN The Fan, or stream it live through your computer at NBA.com.

Leave ’em in the comments.