The only good thing to come out of Game Three besides the play of Rodney Stuckey. The Pistons Player Introductions. 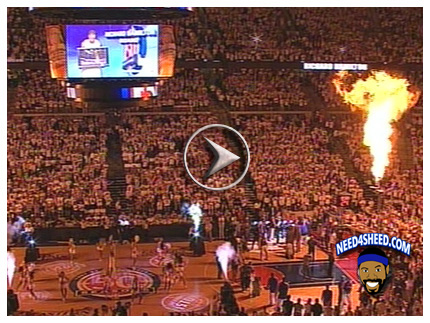