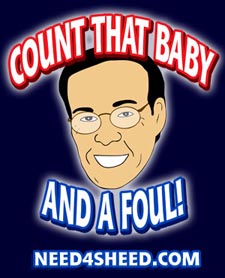 There are no two ways about it, if anyone could be SHEEDtastic other than Rasheed, it would have to be George Blaha. I swear I had nothing to do with this.

Thanks George!
And thanks to all the members of Team N4S for making sure I didn’t miss this.