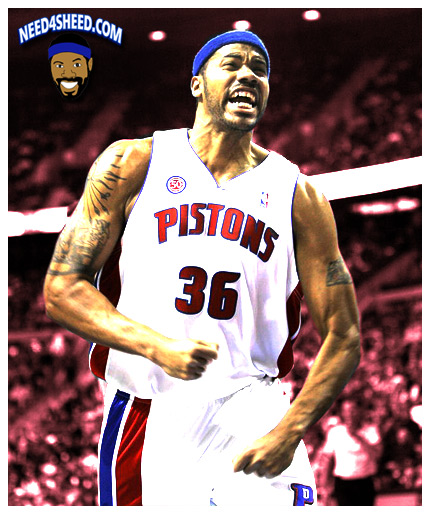 Plenty has been said lately about this team’s heart. The last few games against Boston, the debacle in Utah and their latest effortless game against the Sixers doesn’t help their cause either. It’s not hard to come to the realization that the team is taking the regular season lightly…..again. Playing it cool and skating through the season in hopes to “turn it up” come playoff time and get the job done.

Didn’t the Pistons play that card last season? Didn’t it fail miserably? Haven’t they learned their lesson? Don’t they have something to prove? Do they actually think all they have to do is get past Boston? Do they even want it? Do they?

As fans, do we have the right to bitch and moan about a team that has the second best record in the league? A team filled with All Stars? A team that lives in the post season? Do we?

It’s troubling as fans to watch a team that we know can dominate take things so lightly. Perfect example…the 2007 Eastern Conference Finals.

I won’t call players or coaches out, but there needs to be some urgency. They need to play with heart, they need the fire back.

Someone needs to step up and light a fire under this team, and maybe Sheed is the one that can do it. Just because he takes more three’s than we like, doesn’t mean that he doesn’t want it. In fact he seems to be the only one out there playing with passion and a purpose. (Antonio McDyess is a given)

The purpose of all of this is a Championship right? This is the last chance for this current team to get it too. I’m not saying Sheed is the new Tony Robbins, but I have a feeling if he talks, they will listen. Let him lead, because no one else seems to be getting the job done.

If he told me what to do, like he did to his teammates Wednesday night, I would listen. Wouldn’t you?