The Pistons host The Orlando Magic tonight in their first game back from All Star weekend. Detroit is looking to extend their 10 game winning steak against the Slam Dunk Champion and the rest of his crew. I will not get into any silly Superman references, simply because I have heard them all and I’m hoping our very own super hero emerges tonight. 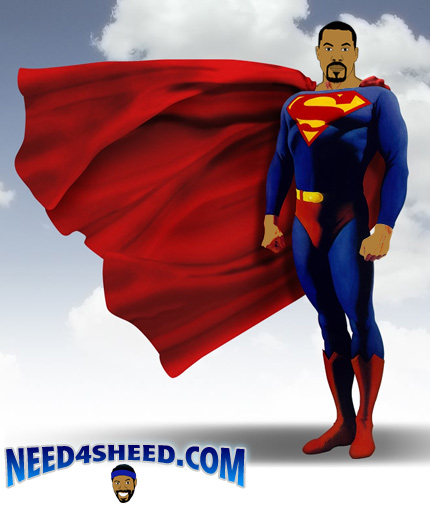 But in all seriousness, wasn’t Dwight great Saturday night?

Tip off is at 7:30 and is locally broadcast on FSN Detroit. If you can’t catch it on TV you can always tune in to 1130 AM WDFN The Fan or stream it live through your computer at NBA.com. The 33-21 Magic haven’t won at The Palace in their last seven trips, dating back to Feb. 22, 2004. The Pistons have won all seven of their home games in the past month and own one of the best home records in the league at 21-4.

I’m off, so I’m leaving it up to you here in the comments or Live in the Need4Sheed Forum Chat Room. I promised myself, and the poor fools who always end up with me, that I would not harp on the fact that Carlos Arroyo bothers me. I pretty much say it every time he’s out there on the floor and have also been having a field day with his support hose. So here’s to me keeping my word and to another Pistons victory.