Chauncey Takes over in Atlanta

The Atlanta Hawks always seem to bring their A game when it comes to playing The Detroit Pistons and Tuesday’s contest was no different. The Pistons, who led by seven at the half, were treaded to an energetic Hawks team who took the lead in the third quarter led by Josh Smith. Smith’s 30 points just wasn’t enough for the Hawks to pull it out, thanks to the late game heroics of Chauncey Billups who lived up to his name nickname. Mr. Big Shot was frigid from the floor until it counted when he put up 12 of his 16 points late in the fourth quarter to seal The Pistons ninth straight victory. The final score 94-90. 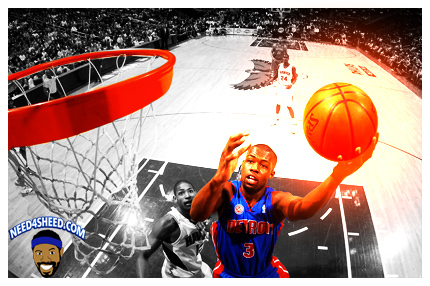 Photo/Getty
Courtesy of The Detroit Pistons and myTV20 Detroit