That other Wallace is back in The D

With that other Wallace making an appearance at The Palace tonight Pistons fans are hoping for another dominate game especially because it’s against the boys from The Windy City. Do you remember all the hoopla surrounding The Pistons first matchup against Big Ben and The Bulls? Nobody did it up better than Team Need4Sheed member Amy Ippolito and her crew. They headed over to enemy territory to cheer on The Pistons armed with a fantastic sign and unbelievable getups. 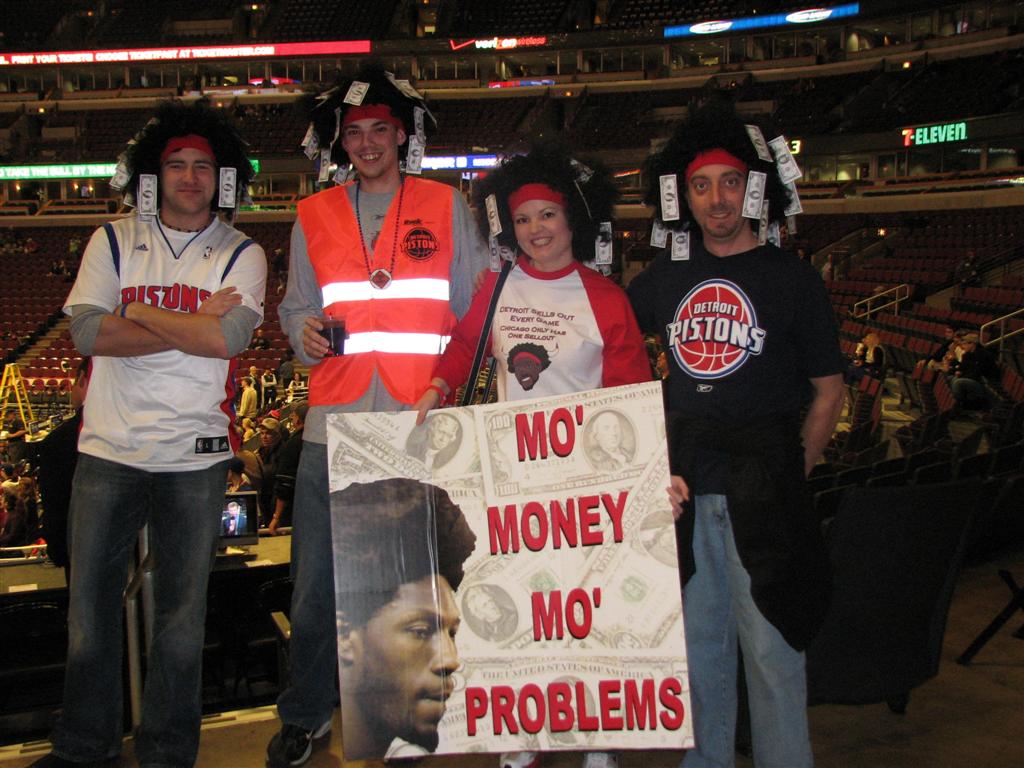 Thankfully they weren’t in Cleveland in mocking The LeBrons, because they probably wouldn’t have made it back to the D. Well our good friend Amy shot me an email this morning excited about todays game. In fact she wasn’t the only one pumped about tonight’s contest, from the looks of it her newborn son Mason (she claims that the name wasn’t a tribute to the Pistons famed PA announcer, but I don’t believe her) is ready for battle. 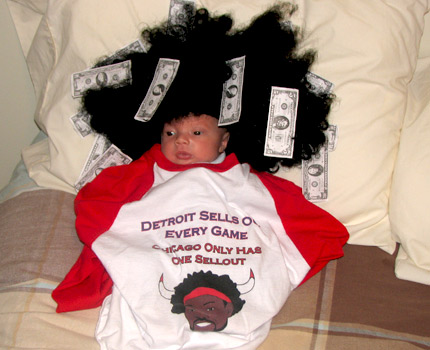 How cute is he, a true Pistons fan in the making, kudos Amy. It just doesn’t get better than good old fashioned Piston Spirit!