Golden State of Mind knows how to do it up right!

The Pistons are taking on The Golden State Warriors tonight and one of the best basketball blogs on the internet, Golden State of Mind, along with Need4Sheed will be well represented at the game tonight with this…… 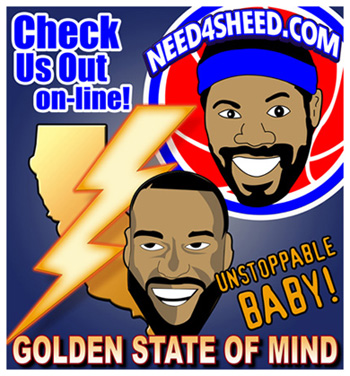 Tony.psd, who does a fantastic job with the graphics on GSoM, was nice enough to include Team Need4Sheed during tonights contest. Keep an eye out for Tony and his signage tonight while your watching the game. Hopefully we can get a clip of him displaying them proudly. 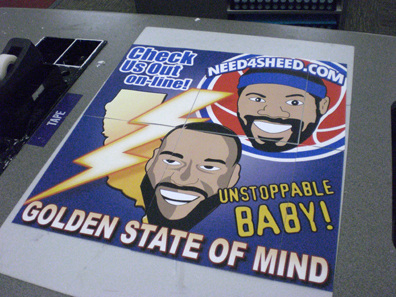 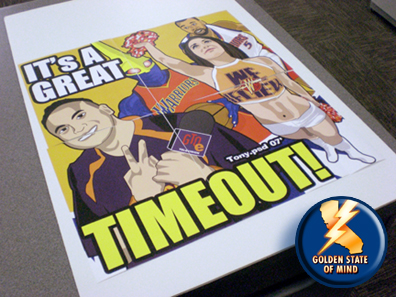 This is going to be a tricky one for the Pistons. Besides the fact that Chauncey, Stuckey and Dyess are hurting, The Warriors have completely owned the Pistons. The good and bad… The Warriors have yet to win a ballgame this season, so The Pistons better watch out. I would love to take this one, especially the way The Pistons played last night and the fact that I can’t remember the last time we beat Golden State.

As always, leave ’em in the comments. And thanks again to Tony.psd, who made the great signs, and the whole crew over at Golden State of Mind.

UPDATE: Blaha and Special K just announced in the pre game show that McDyess and Chauncey WILL NOT play tonight.