Pistons in Seattle could be historic in more ways than one

This may be the last time the Pistons are in Seattle for a NBA basketball game. Detroit starts off a grueling 5 game road trip out west tonight. We get a chance to see the NBA Rookie for the year front runner Kevin Durant for the first time. Look out for the Sonics who go into tonights game winless on the season as they try to avoid the worst start in franchise history this evening at Key Arena.

On side note Amir Johnson missed the team plane to Seattle and had to make his own way out west. 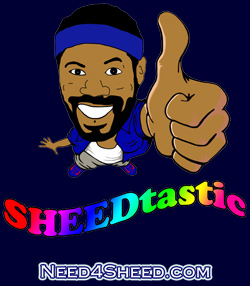 When you’re watching the game keep your eye out for a couple of members of Team Need4Sheed who will be at tonights game in Seattle with a SHEEDtastic sign to support our boys.

Let hope The Pistons start off the trip srong tonight. As always leave them in the comments.