Don’t do it Chris! 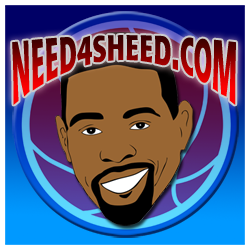 This could be worse than the time out:

“It has been reported by several media outlets that free-agent forward Chris Webber would only consider signing with the Detroit Pistons.

However, according to a source close to Webber, he would also consider signing with the Cleveland Cavilers if the role was right.” Via The Akron Journal

If Webber actually signs with Cleveland, he’s dead to me, along with I am sure many, many, many, Pistons fans.