Amir Johnson will sit out in Miami

Amir Johnson will be sitting out the season opener in Miami due to a sore Achilles tendon. It doesn’t seem as though it’s that serious and I am sure that Arnie Kandor is working his magic as we speak. So we won’t be seeing this until Amir is 100%, why risk it. 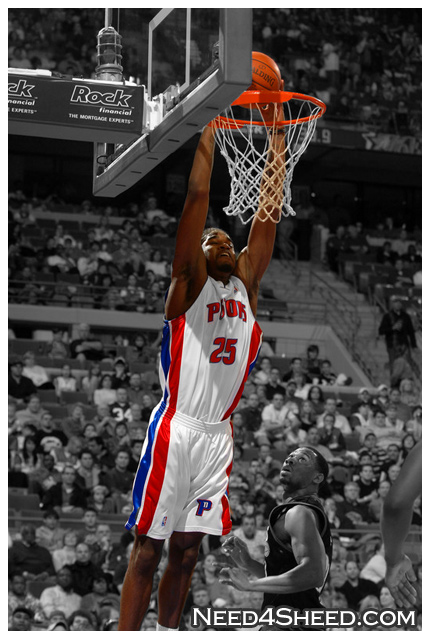 Jarvis Hayes also suffered a sprained ankle in practice Monday but it looks as though he’s going to test it out on Thursday in Miami.

At this point you have to hope that this is it for Pistons injuries this season. Cross your fingers Pistons fans.