The Pistons exercised their team option to secure Jason Maxiell for through the 2009 season Monday. Maxiell will make just over $1.04 million this season and $1.88 million next season, quite a bargain considering what Jason bring to the team. 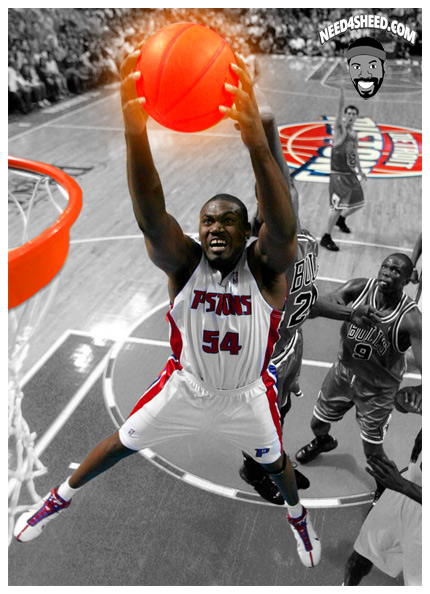 Detroit also picked up Gerald Fitch, a non drafted guard out of Kentucky who played in Europe last season after being cut by the Wizards. Fitch also had a quick stint with The Heat in 2005. The contract is not guaranteed and Fitch will likely be fighting for a spot on the roster during training camp. With the roster already at 16 it’s unlikely that he will make the team unless Dumars has some moves up his sleeve.

All signs point towards youth with Maxiell and Amir Johnson locked down in Detroit. 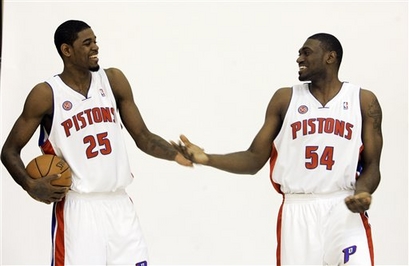 As you can see The Pistons are sporting the 50’th anniversary patch on their jerseys this season.